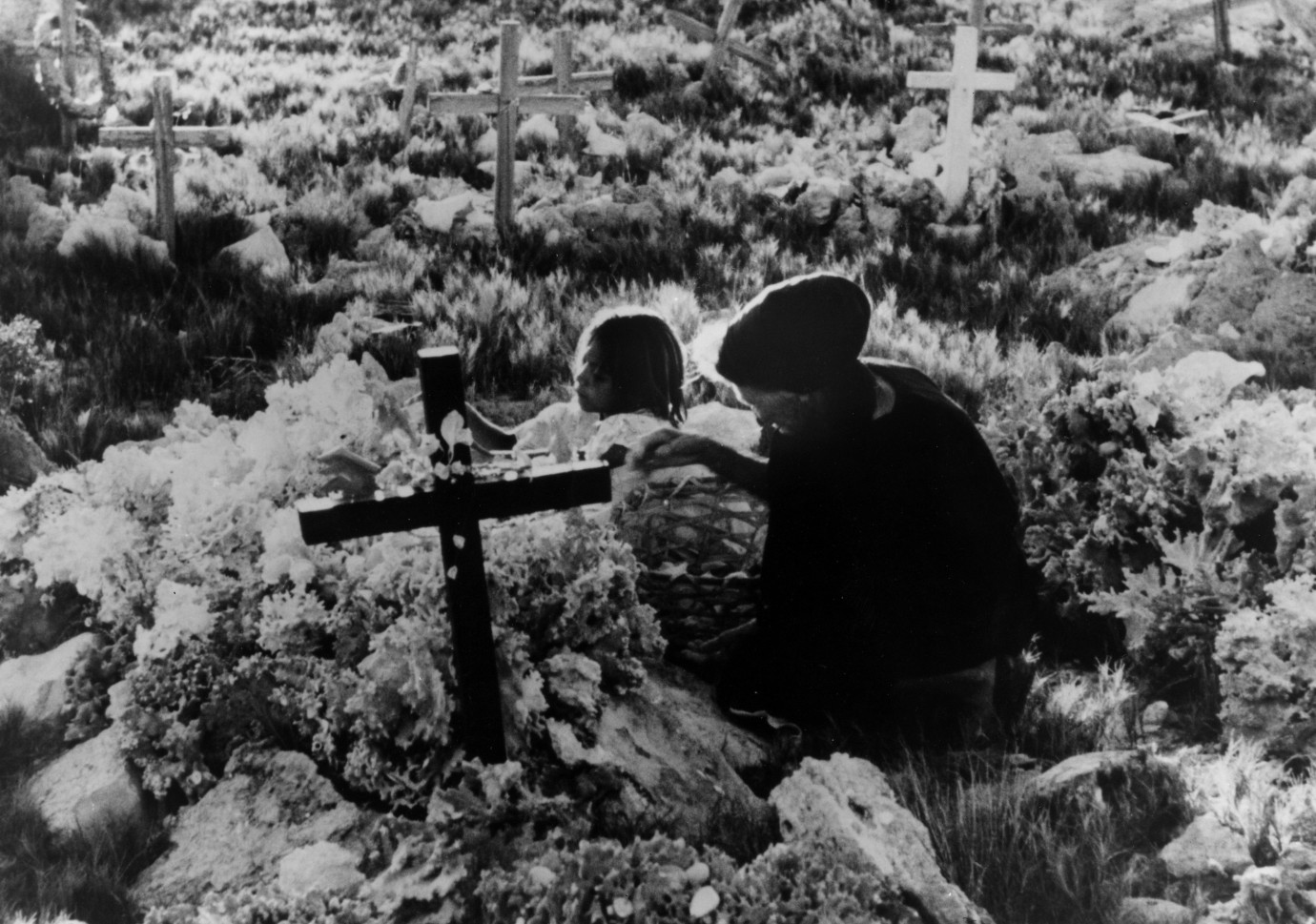 © 1959 Margot Benacerraf and 2009 Milestone Films
At the 1959 film festival in Cannes the critics prize was shared between two films that approached the world of that time from diametrically opposed angles: One was Alain Resnais’ “Hiroshima mon amour” the other was Araya. Salt has been harvested in the Araya lagoon in the northeastern part of Venezuela for centuries. Piled into enormous pyramids, it has become an integral part of the landscape. Those who don’t toil in the saltworks, work in the fishing industry or are involved in one of the everyday routines that keep man alive. When you die in Araya, the grave is decorated with shells because flowers wouldn’t grow in the salty ground. Araya is a breathtakingly photographed black and white film that enters into a mimetic relationship with the landscape and the human body. It can, however, also be seen as a physical tale about the forever unresolved contrast between lights and shadows, the observer and the observed, camera and subject. The salt serves as a mysterious intermediary: It gives the film its barren beauty and the contrasts which the salt’s luminous white creates. It is also at once the livelihood and the burden of the people of Araya. The restoration of Margot Benacerraf’s Araya after the original negative is a mimetic gesture in its own right, because, in a certain way, it is the salt that has conserved this film.