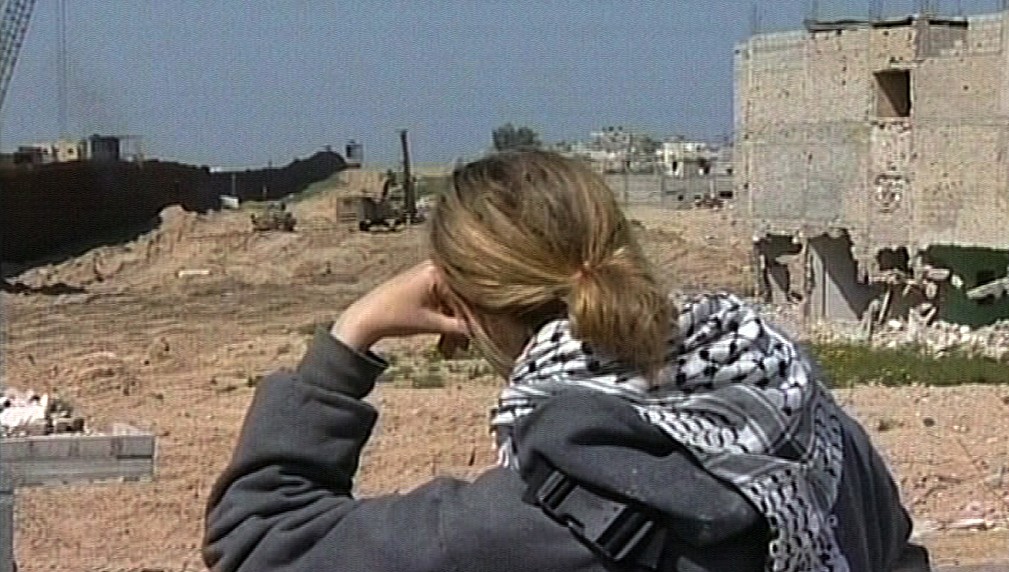 In 2003 the 22-year-old American activist Rachel Corrie died trying to prevent the destruction of Palestinian homes in the Gaza Strip. She was killed by a bulldozer operated by the Israeli army. An Israeli military investigation ruled that her death was an accident. The film reconstructs the case and reaches a different conclusion. This investigative documentary does what should have been the task of a court: it conducts a thorough search for eyewitnesses and evidence from all the parties involved, then questions them and compares its findings. The material thus accumulated encompasses interviews with activists, representatives of the army, doctors, Palestinian residents and Rachel’s parents and teachers, as well as documentation such as television reports, photos of the events and an army video. The cinematic research not only produces new insights, it also develops into a study of idealism and political commitment. No documentary could have truly prepared her for the terrible reality of the Gaza Strip, Rachel wrote in her diary. Now a documentary film about the circumstances of her death provides precise information on the situation in the region.