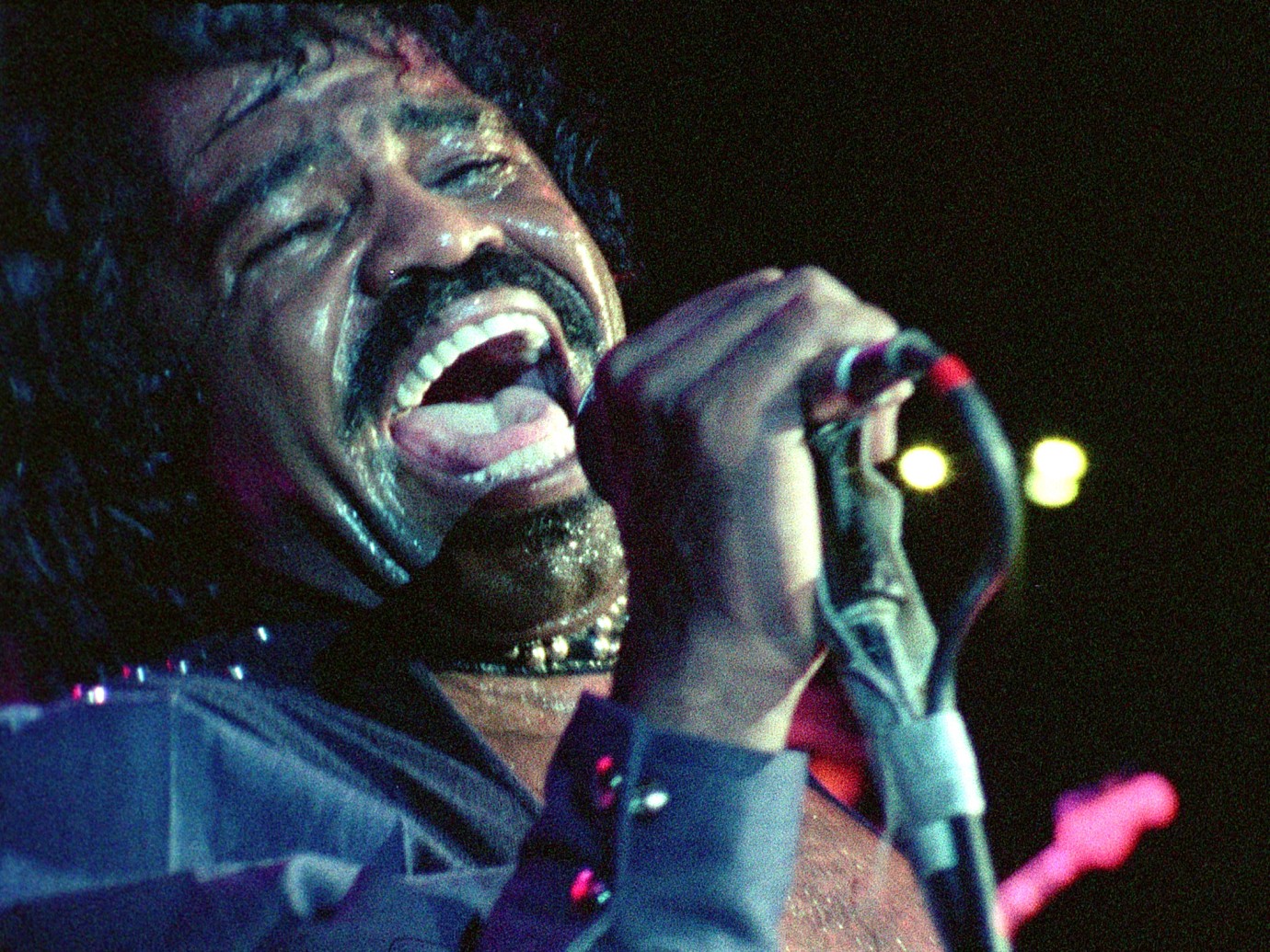 The legendary boxing fight between Muhammad Ali and George Foreman in 1974 in Kinshasa was accompanied by a no less legendary three-day music festival that sent an important signal by bringing together major African-American and native African soul musicians. Based entirely on previously unpublished original footage, the film documents the organisational and ideological background of the festival and above all the wonderful live performances of James Brown, B.B. King, Bill Withers, Miriam Makeba, Celia Cruz, The Crusaders and Sister Sledge. The soundtrack is electrifying, the costumes of the stars breathtakingly sexy, and there’s a sense of a new era dawning that’s almost palpable in the air. “Zaïre 74” was more than a music festival; it was a declaration of Black Power. Miriam Makeba
makes fun of the former colonizers, James Brown, the Godfather of Soul alias Soul Brother Number
One, delivers a shining performance of “Say It Loud – I’m Black and I’m Proud”, Muhammad Ali talks about American flies being too fat and about the return to African roots, and Stokely Carmichael, the black activist and theorist of the concept of Blackness, also drops by. All in all this is Direct Cinema at its best.