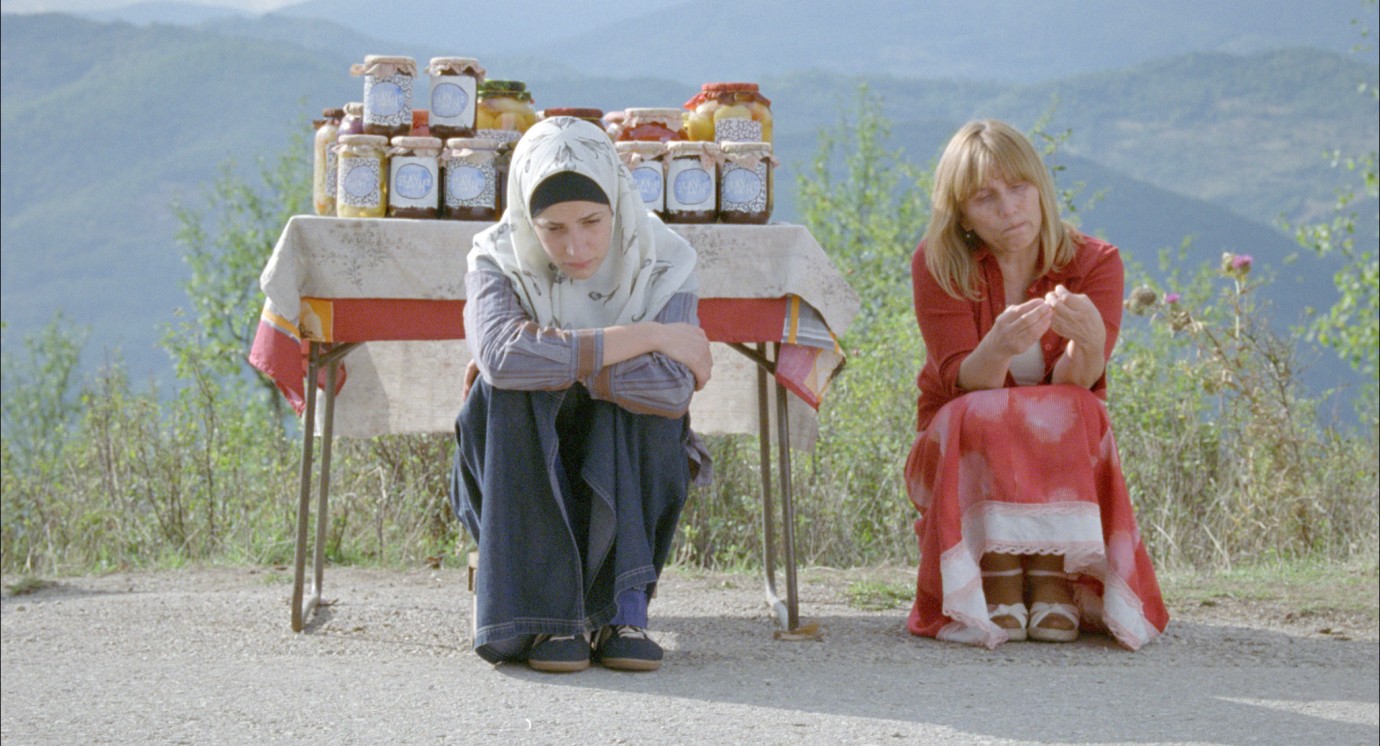 mamafilm, rohfilm, les films des l'après-midi
Bosnia, 1997. War ended two years ago but the country is still deeply scarred by events. The tiny village of Slavno is inhabited by just four women, four girls, a boy, two old ladies and an old man. Their families have all been murdered; their bodies were never found. The people who live in Slavno today are survivors. In order to cope with their painful past the women of Slavno have created a world of dreams in which the dead are not forgotten but omnipresent – theirs is an imaginary world which to them is every bit as genuine as the real world. This is all too much for Alma, who wants more from life than mere survival. She begins selling plum purée, fruit and other garden produce on the side of the road.
The first snow falls, and their remote village is in danger of being cut off from the rest of the world. One day, two businesspeople turn up unexpectedly in Slavno. All at once, the inhabitants’ strategy of ignoring reality as a means of survival begins to go awry. The businesspeople are prepared to give the inhabitants a lot of money if they agree to leave their village. Some of the villagers begin to ask themselves if they shouldn’t accept this tempting offer that could provide them with enough money to live on. But then a sudden storm traps the businesspeople in Slavno, and events come to a head.