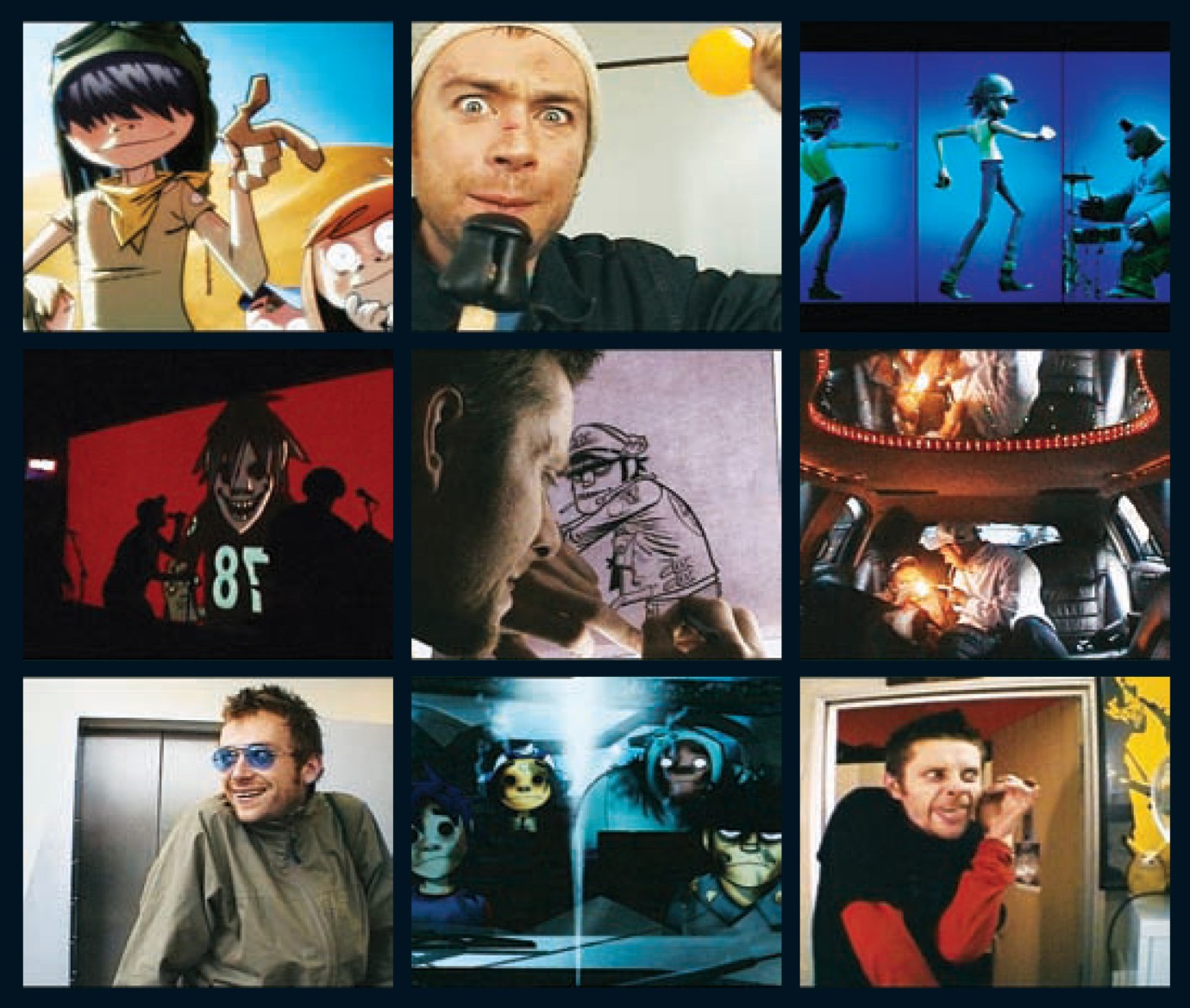 The Gorillaz are the band of the moment! Faced with a drastic drop in re­cord and CD sales, many veterans of rock and pop have yet to tap into new markets in audio-visual distribution channels such as cinema, television and DVD. The Gorillaz, however, were devised as a visual event from the very beginning. Formed on a whim one night in 1998 by Damon Albarn, singer of the British group Blur and comic illustrator Jamie Hewlett (“Tank Girl”) during a conversation in the London flat they shared, the band initially comprised four fictional comic figures: D. Murdoc, Noodle and Russel. Al­though they have since been furnished with individual biographies, these figures conceal a host of different real-life musicians.
After several singles, two albums and numerous music videos, Ceri Levy’s film pro­vides a glimpse of the real people behind these animated characters. The director, who is a long-standing friend of Damon Albarn, spent seven years moving freely around the parallel universe that the Gorillaz have since created. In recording studios and on tour (where the artists were also represented by animated figures) he encountered not merely all the usual suspects in terms of musicians, but also many a celebrity from worlds further afield such as Ibrahim Ferrer and Dennis Hopper. All of which makes BANANAZ a real treat for everyone – not just Gorillaz fans!