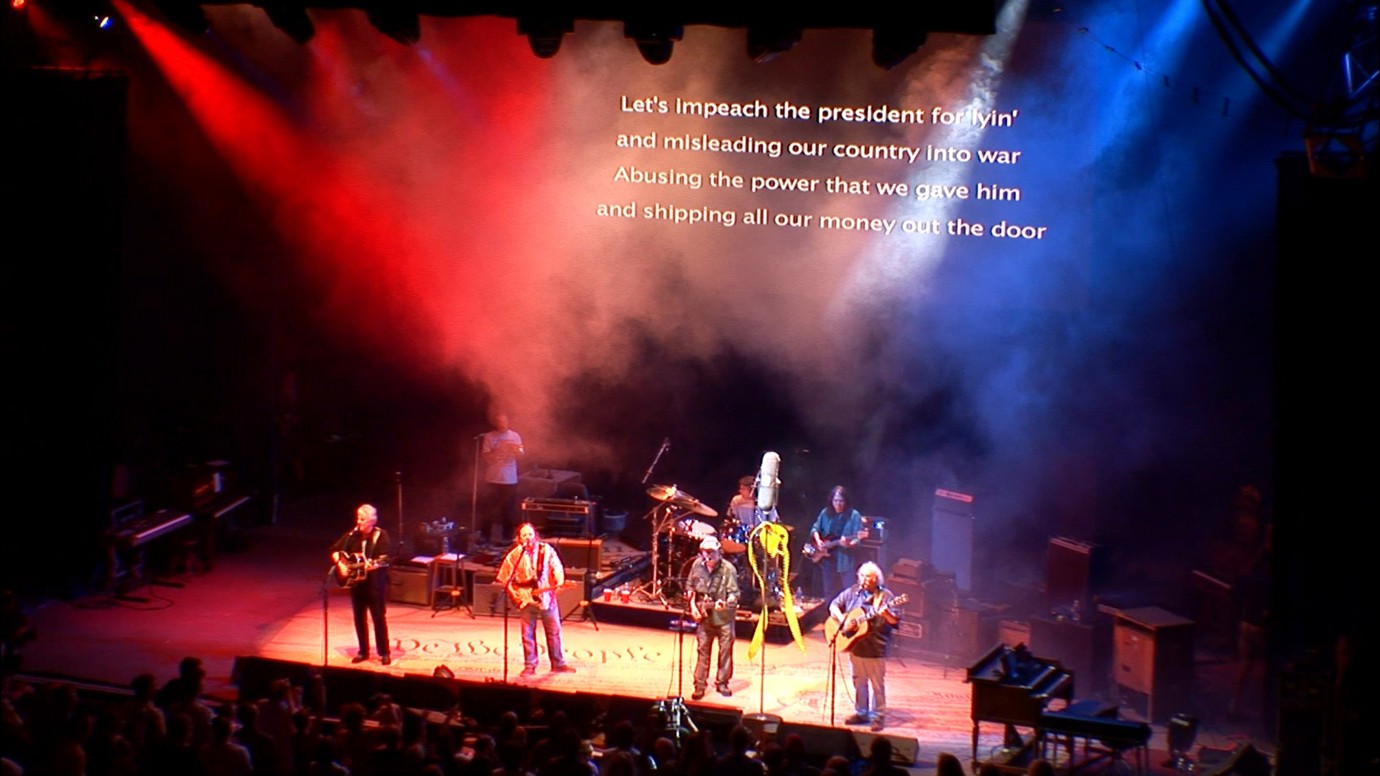 Since their first appearances in the late 1960s, Crosby, Stills, Nash & Young have often been regarded as the mouthpiece of their generation. Songs like “Ohio” and “Find the Cost of Freedom” placed them in the vanguard of the protest movement against the Vietnam War. Although they have gained lasting fame for their melodic love songs, the band have never lost their political grit.
This documentary by director Bernard Shakey (the name is a pseudonym for none other than Neil Young himself) portrays Crosby, Stills, Nash & Young on their 2006 “Freedom of Speech“ tour of North America during which they mostly performed songs from Neil Young’s controversial “Living with War” album. Accompanying the musicians as an ‘embedded’ reporter was television journalist Mike Cerre. Seen through his point of view, the film shows the reactions of the audience during the concerts as well as the changing relationship between concert-goers and band members as the tour progressed. Moreover, several concurrent events come to the fore – and during the war against Iraq there were a great many – not least the decisive congressional elections in the USA.
The film intersperses footage of performances during the tour, archive material and television news, to form an impressive blend of pop and politics. 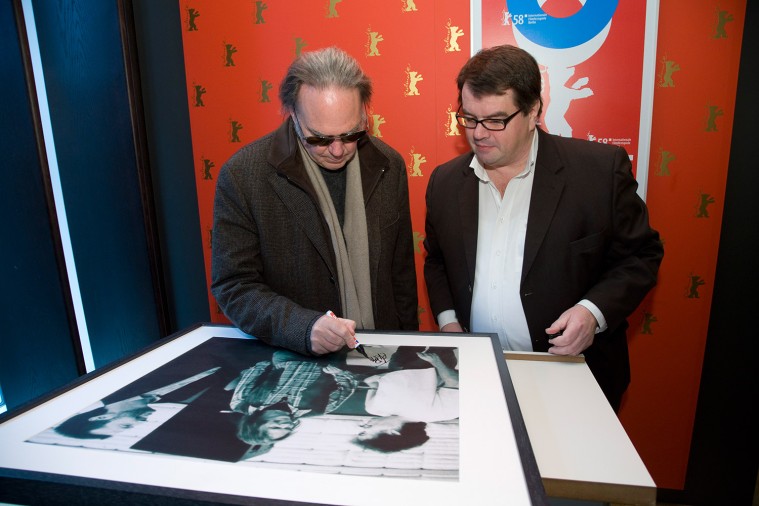