As Long as There Are Alternatives...

Not all is well in the world: growing inequality, increasing chauvinism, pressure to consume, state paranoia, domestic violence. The Panorama programme 2007 depicts what moves the contemporary generation of filmmakers and, as every year, shows a fragmented image of the world. "You don't have to become a martyr," says Panorama section head Wieland Speck. "If the threat grows too big, you can also just leave." As long as alternatives still exist. The search for these is what connects the protagonists of this year's Panorama films. Many of them are young and daring, especially the women among them. An interview with Wieland Speck.

The Panorama claims to discover the art house films of the upcoming season. What inspires the current generation of filmmakers, what kinds of stories are they telling?

What is noticeable is that 14 films in this year’s programme deal with growing up during puberty. That might be surprising, but it also makes sense. Because when you look at the process of searching for an identity, one can observe and illustrate very well the state of the society in which the young person is looking for his or her place. 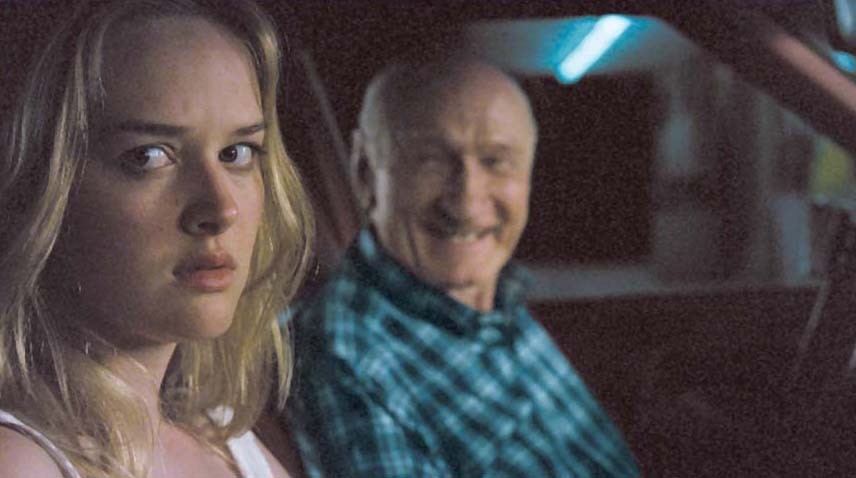 Probably the most forceful film dealing with this theme is Teeth: a girl who grows up in a very prude and restrictive environment in provincial America, discovers her sexuality “despite everything”. For her, it’s not only a revolution, but also makes the young men confront their own intrusions in a frightening way. In the film the myth of the “vagina dentata” becomes true to life. The girl takes her first steps towards sexuality, but young men don’t respect her boundaries. When she wants to take a step back, the men don’t comply and that’s the point where the vagina bites. And so she has a weapon, which helps her dominate this space – of course with disastrous consequences.

Young male protagonists tend rather to be unlucky – if they’re not stupid. Women, however, are portrayed with a stronger sense of self-confidence. For example, in the Taiwanese film Spider Lilies by Zero Chou, in which a young girl builds up a breathtaking parallel world in her room with the help of the Internet. Also in Itti, bitti, titty committee we experience how an initially indecisive girl really steps on the gas. Here, it’s about resisting the pressure to consume, forced conformity, against the sexual symbolism which women are confronted by in our consumer society. Young people are once again looking for alternatives in these films. 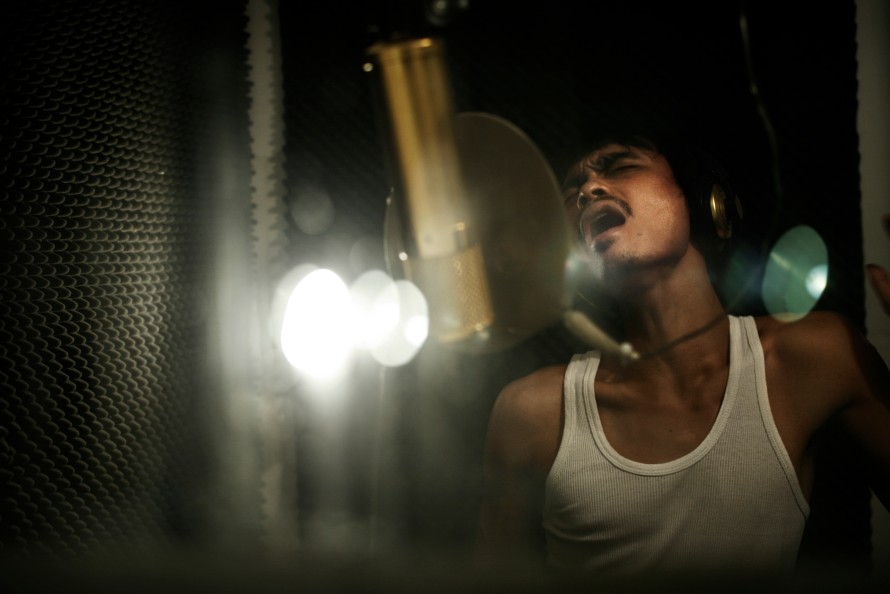 That’s also apparent in BerlinSong, a documentary by Uli M. Schueppel. People come to Berlin from around the world, partially for the same reasons as before, but these are different people than during the 1980s. Not necessarily loud and colourful, rather friendly and pensive. But they are also looking for alternatives to the pressure to consume and to status symbols. These elements are stronger this year: an alternative culture, once again occupied politically in conscious opposition to that which youth culture appears to consist of today: to be an individualist, but follow the mass.

Last year the documentaries in the Panorama included several biographical works and portraits about famous historical personalities. This year the trend seems to be ongoing: Andy Warhol, John Waters, Scott Walker, Yves Saint Laurent, Karl Lagerfeld – what is so fascinating about biographies and how do these films treat their “stars”?

The fascination has to do with how the “star” concept has changed in our society. Andy Warhol was the first person to say that everyone could be a star. Today, 40 years later, television has popularized this credo in a fundamental way. A superstar will be pulled from anywhere who then dominates everything for one season. With this development in mind, the way we see the “real” stars has changed. We’re interested what effect the creative power of a person has. What are people around whom a star cult has developed really like?Of course, the genre of portrait or “biodoc” has been around for a very long time, but I often found it very boring. Over the past few years this genre has developed in a very exciting way, because the films shed more and more light upon society itself. These films go back to something that everyone thinks they know about, but confronts this belief with an often surprising reality. The “look behind the scenes” is especially controversial with subjects and people who already have a strong public presence, because it questions the “scenes” themselves, the assumed knowledge which everyone has agreed upon.

"The field has grown more complex."

The Panorama hopes to represent societal conflicts with its film programme and to counteract intolerance and marginalization. Originally this was linked to a commitment to gay and lesbian film. How has the terrain shifted, what struggles for recognition are currently in the foreground?

Exclusion on the grounds of sexual identity continues to be an unresolved topic. But like everything in the world, the field has grown more complex. We’re seeing explosive growth in information. Whether this is converted into greater knowledge about the world, depends upon what individuals make out of it - although this is really a challenge for society as a whole. The relationship between the individual and society is marked by a growing paranoia, also on the part of the state. Several films this year deal with exactly this.

A typical and especially controversial example of this disparity is apparent in Lynn Hershman Leeson’s film Strange Culture, a documentary essay about an artist and scientist who has unjustly come under the scrutiny of the FBI – turning his live into a living nightmare. This nightmare is actually still continuing, as the trial hasn’t been concluded. The scientist works with genetically modified foods and investigates how they are altered. He’s got his finger on one of today’s most sensitive issues and has been made an enemy of the state and terror suspect – because he’s taking a closer look! The film shows how paranoid the actions of the superpower USA are, not only towards the outside world – which we can see every day – but also within its own borders. 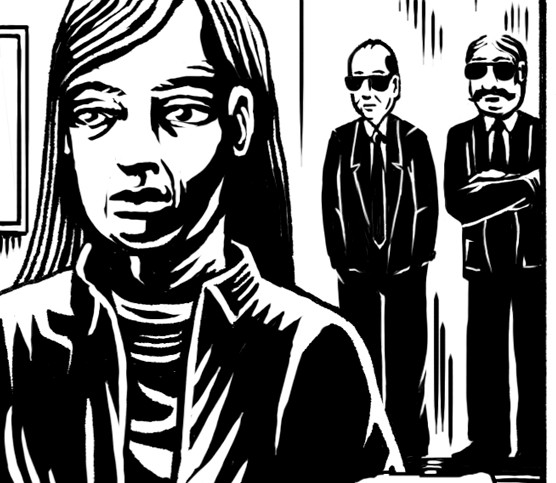 Hal Hartley’s film Fay Grim also deals with state paranoia. While searching for her vanished husband, a woman falls into a web of secret agent activity and intrigue. The film builds up an atmosphere in which everyone gives off an air of importance but where the affected woman never finds out what is really going on. Again, the politically precarious condition of the world becomes a real horror trip for the individual.

In the Swedish film När Mörkret Faller (When Darkness Falls), it’s not the relation between the state and the individual that turn into a threatening scenario, but the social control, the close social circle and its codes. The film connects three stories: The first is about domestic violence – a journalist is abused by her husband. The second is about a doorman who ends up on a mafia hit list because he refuses to cooperate. The third addresses the so-called “honour killing” of a girl. In all three cases there is only one option at the end: to leave. I find this a very interesting aspect. The film solves nothing, but doesn’t stay stuck in depression. The pressures threaten to become so strong that you suffer until you are dead – and yet you can also just go away. This solution has its own merits. I don’t have to become a martyr. I have the right to simply leave.

Another act of liberation is the project NEUE BILDER by black filmmakers in Germany. What is this initiative all about?

Last year the Panorama organised the panel discussion “Black Actors in Europe”. That inspired the German participants a lot. They realised that they had been working totally separate from one another. Each and every one of them has searched for his or her path. The panel discussion was the initiative of the SFD (Black Filmmakers of Germany Association). This year they will be presenting a new photo exhibition at the K44 HomeBase Independent Lounge and five short films in the Panorama. Of course, it’s all about protecting oneself from stigmatization, but the initiative is not formulated negatively. They’re coming from a position of shared “suffering”, but are, from the outset, trying to act.

A year of discoveries

The Panorama has always been a platform for filmmakers and their issues, one could almost say, a community. A lot of directors, actors and producers get into the Panorama regularly with their new films. How important is this continuity and is it apparent in this year’s programme?

This continuity has a high value for me, to no small degree due to the experience of the 1980s and 1990s. Back then the film subsidy policies in Germany led many people to make a first film, but afterwards they couldn’t keep their momentum. With a type of “discovery madness”, an army of filmmakers was created, but then nothing progressed further. And so I think it’s important to be able to offer filmmakers some continuity and I’m really happy every time it works out.

But a lot of aspects play a role when it comes to putting together a programme and this year I had to make quite a few painful decisions. Still, in 2007, the thread runs from Thomas Arslan and Lars Kraume to Eytan Fox and E. J-yong to Antonio Banderas, who celebrated his first big international appearance in 1987 in Pedro Almodovar’s Law of Desire and is now presenting his second project as a director. I would characterize this year as a year of discoveries – also with big names presenting surprising works.