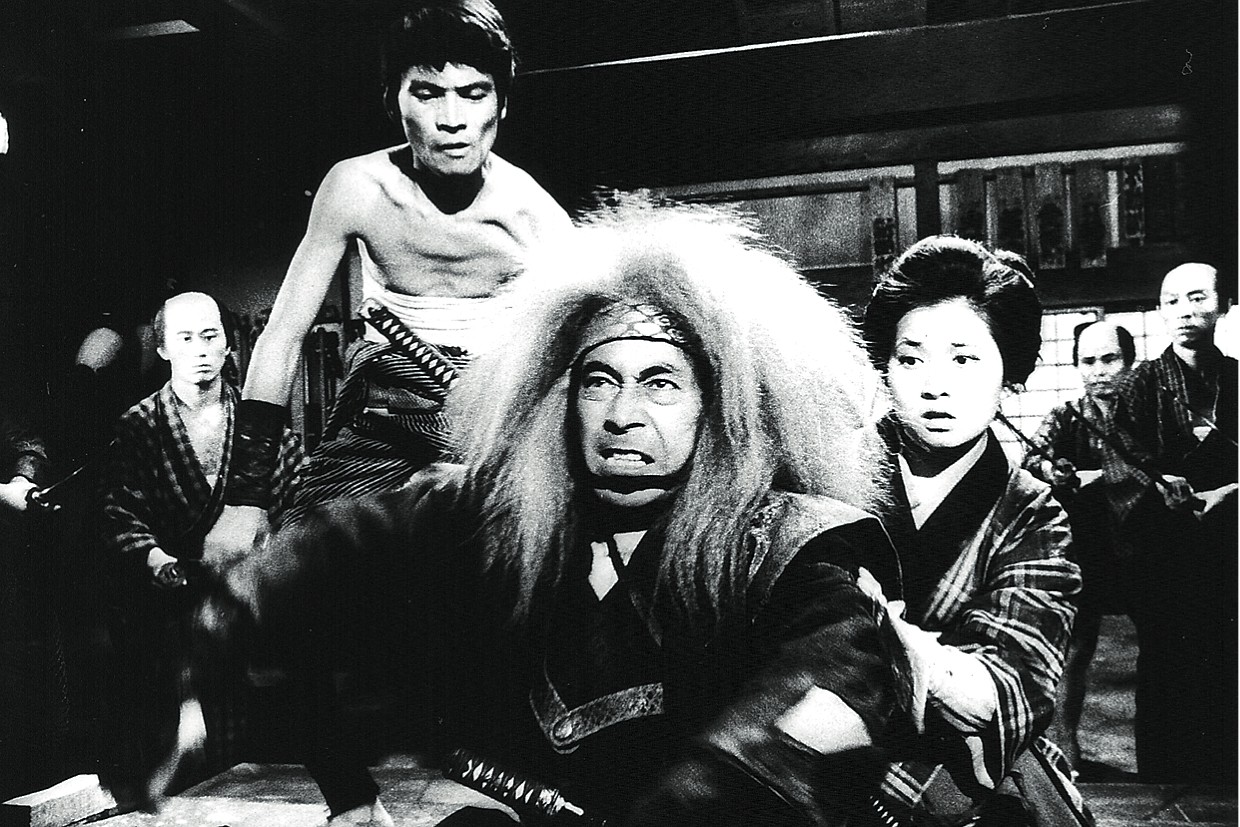 © 1969 MIFUNE PRODUCTION
During the period of transition from the Edo to Meiji era, Gonzo, a regimental soldier and formerly a farmer, proceeds to the station post of his hometown. Gonzo borrows the symbol of the Sekihotai, a red wig, to look as if promoted, and attempts to save the oppressed populace but ? Revolving around a man who sincerely believes in revolution, this dynamic period drama portrays the energy of the masses as well as the mercilessness of the leadership. Okamoto depicts the transition to the Meiji regime as merely the crests of "Hollyhock changing to Chrysanthemum", reconsidering what has later become the social structure as portrayed in The Emperor and a General.
Text: Morimune Atsuko, catalog TOKYO FILMeX 2006
Photo: © 1969 Mifune Production