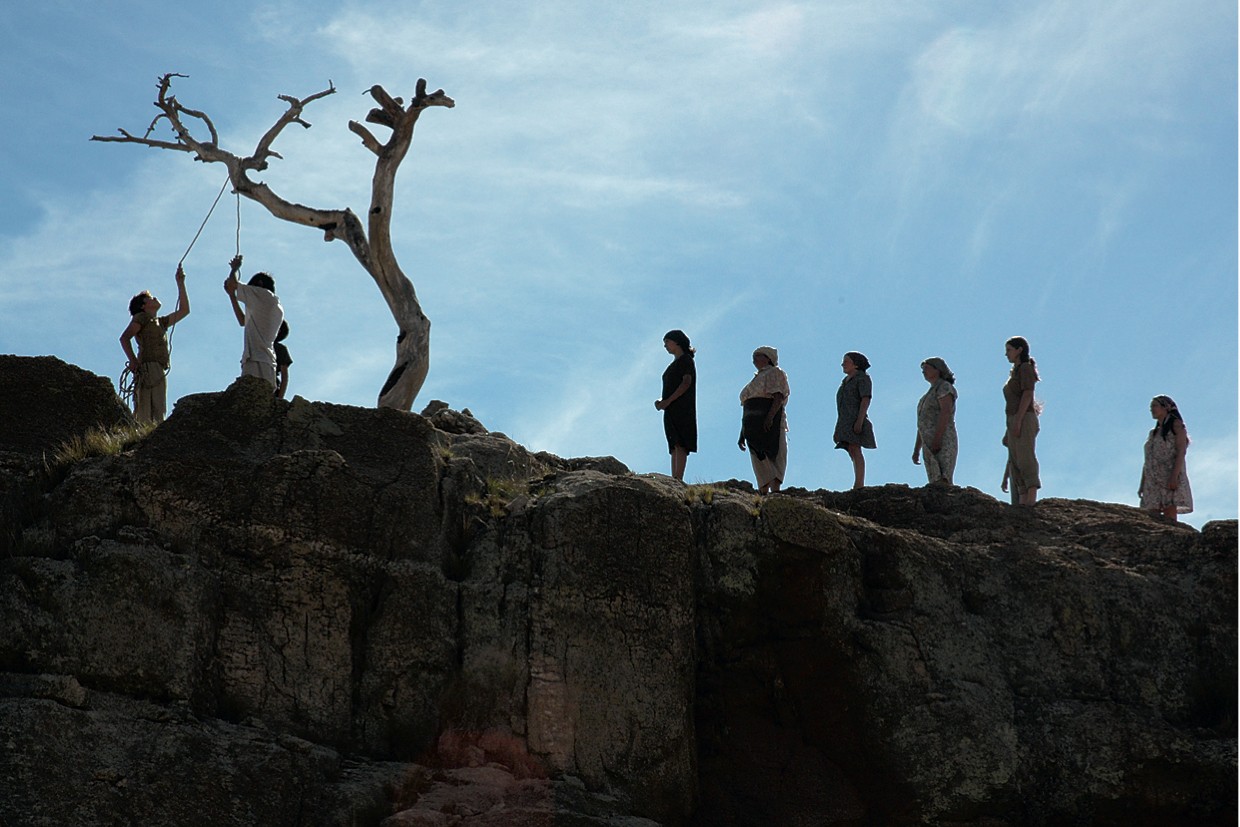 Set in a barren, dried up area at the edge of the world, the drama takes its story from Euripides's tragedy "Iphigenia at Aulis": a father decides to sacrifice his daughter to bring an end to the unbearable drought.
A film of great intensity for all the senses. A film that emphasizes the physical, the materiality of things and bodies. A film that doesn't locate the drama primarily in language. A tragedy with few words, without a chorus and monologues. Everywhere the eye looks: stones, nothing but stones. Merciless heat, glistening sunlight, strong winds, no water, dead animals - it's about surviving. Elementary powers are at work, having an impact on people and what they do. The presence of nature is more powerful than Ifigenia's resistance. She is turned into a foreigner, meant to bear the blame for everything. Time passes in a lethargic, oppressively hot atmosphere, and everybody waits for the horrible event to happen. Without being clumsily updated, the ancient myth proves to be contemporary material in Extranjera. More than guilt and responsibility, however, another question takes central place: What role does the foreign/er play?
Birgit Kohler