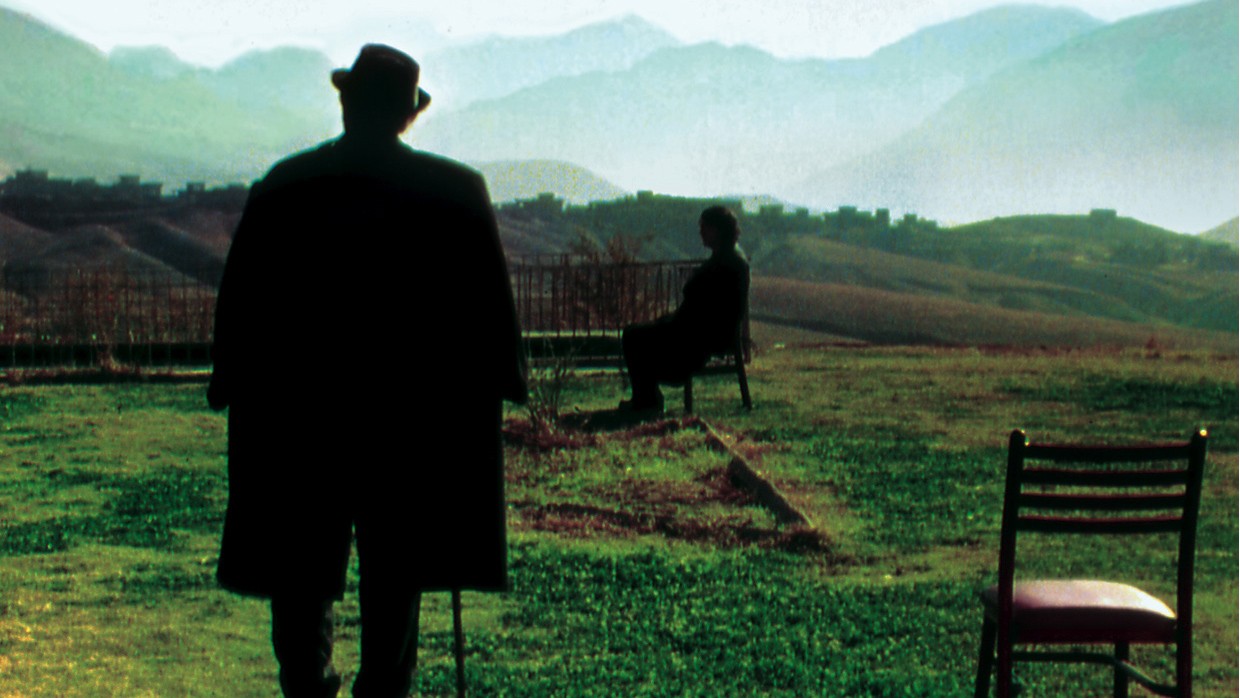 His wedding escalates into an armed skirmish with a Turkish military unit, so Turkish Kurd Azad flees into the neighboring Kurdish autonomous zone in northern Iraq. On his odyssey he runs into compatriots who symbolize the contemporary fate of Kurds between oppression, exile, and "nation building" in the most various ways.
In the geographical and human "Bermuda Triangle" (Hiner Saleem) between Turkey, Iraq, and Iran, the battles for and against the founding of a Kurdish state take place. Dol shows the scars that this process has left behind, describes the founding of a state that is not one - also because its protagonists show themselves to be incapable of accepting their own history beyond handed-down role playing. Landscapes and people open a powerful panorama of images, on which frames of mind and individual fates are mapped out like parables between the barren spreads of desert and the narrowness of deep, rocky valleys. Dol uses minimalistic lyricism and spot-on grotesque humor to open up a whole kaleidoscope of social orientation.
Bernd Buder