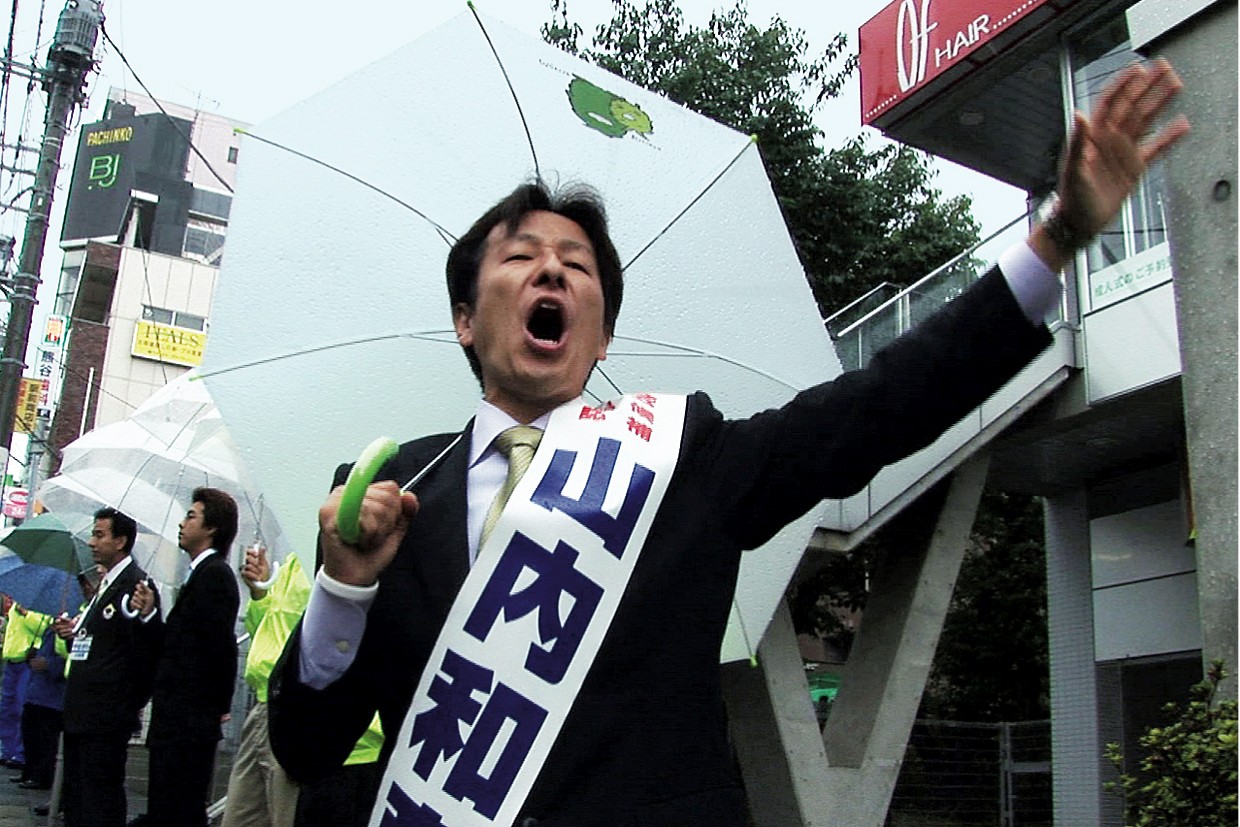 Under the strict eye of the ruling liberal democratic party, the politically inexperienced Yamauchi Kazuhiko runs for a parliamentary seat in the industrial city Kawasaki. His schoolmate, the film director Soda Kazuhiro, filmed him during the campaign.
Yamauchi's spontaneous, underprepared campaign is a tour de force that takes him to the edge of his capacities. From early in the morning to late at night he sets himself up, armed with posters, a megaphone, and a sash, in front of supermarkets, in neighborhood streets, and at train stations. He tries to convince potential voters of a program that has been drummed into him by others. But he's also under enormous pressure from the party, and the financial strain even puts his private existence in question. Shot according to the ideas of direct cinema, the film makes no political argument, but it allows plenty of time to observe, on the street, in the hotel room, in campaign offices, on car trips. The paternalism of the all-powerful party is alarmingly indicated by an absurd discussion about whether the candidate's wife should be referred to as "tsuma" (wife) or whether it would be better to market her as "kanai" (housewife). Campaign allows us to look deep into the inner life of Japanese politics.
Christoph Terhechte