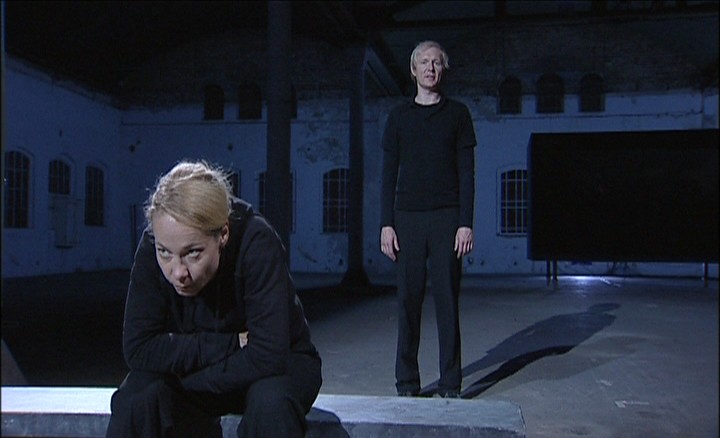 During the night of 12 July 2002, two brothers, Marco and Marcel Schönfeld, and their friend Sebastian Fink, fatally maltreated a 16-year-old boy named Marinus Schöberl. For hours on end the shaven-headed perpetrators beat their victim, a member of the HipHop scene with a tendency to stutter. Perpetrators and victim all knew each other. They all came from Potzlow, a village in the Uckermark region of Brandenburg, sixty kilometres north of Berlin. The unbelievable cruelty of this “skinhead murder” as it was known, attracted media attention far beyond the immediate locale of the crime. Marinus was made to bite the edge of a feeding trough in a pig sty. Inspired by the kerb killing in the film AMERICAN HISTORY X, Marcel executed Mari­nus by jumping onto the back of his victim’s head. The perpetrators buried the boy’s body in a cess pit. Marinus Schöberl’s skeletal corpse was not found until four months later, in November 2002.
Andres Veiel’s filmic protocol for two actors is based on more than twenty conversations conducted with two of the perpetrators, as well as the victims’ relatives, friends and neighbours in Potzlow. Just as in the stage version of this text, which was performed at Berlin’s Maxim Gorky Theatre, all of the speaking parts in this screen adaptation are played by Susanne-Marie Wrage and Markus Lerch. 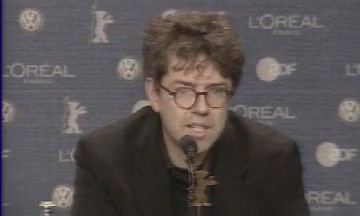