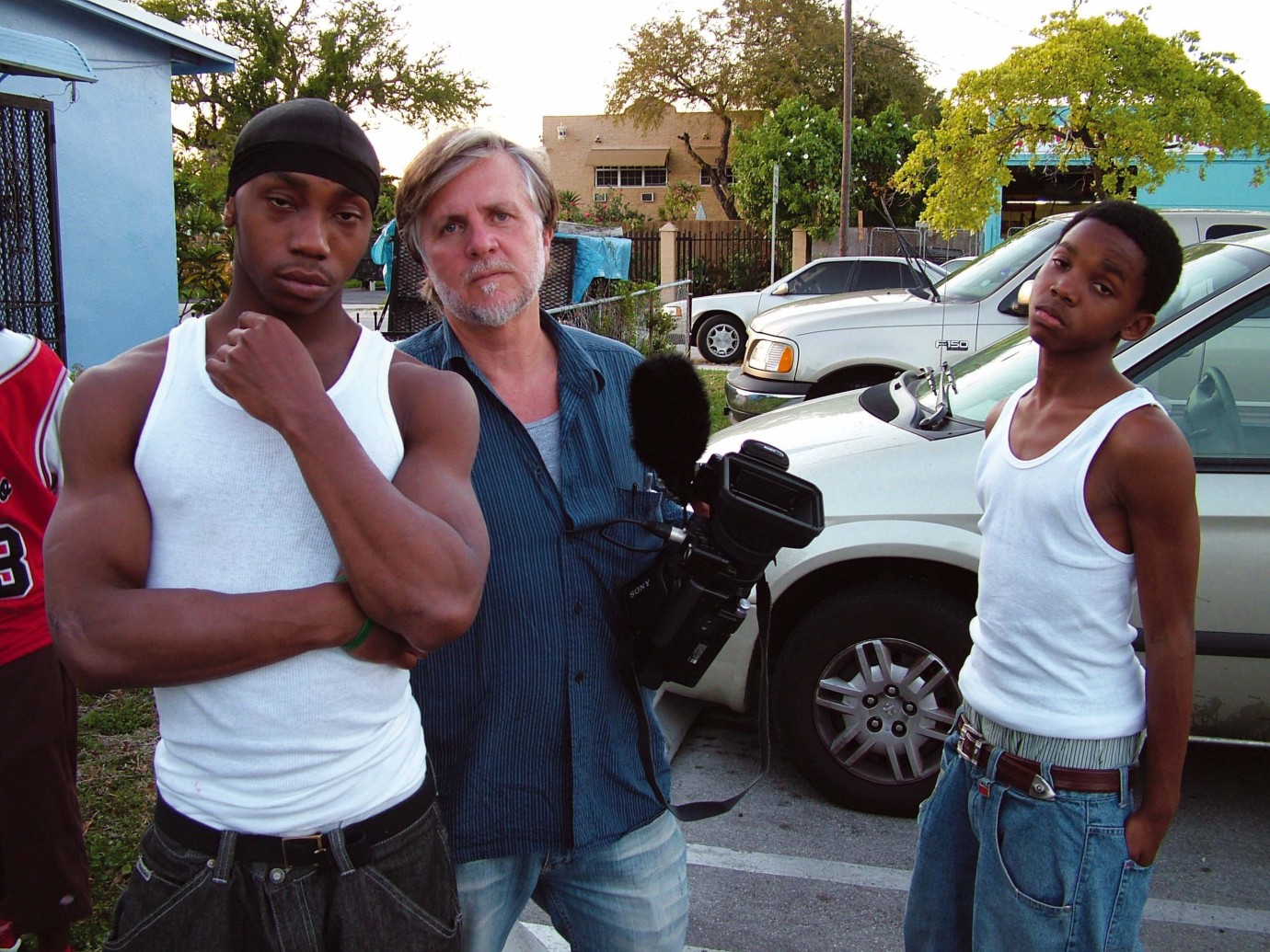 In his documentary, SOUNDTRACK TO WAR, Australian artist and filmmaker George Gittoes captured what he described as the ‘music of war’ – the music listened to by American GI’s in Iraq. At one point in that film, a marine named Elliott Lovett explains: “We’re more likely to get shot at in Miami than in Baghdad.” In his new film, Gittoes investigates the ramifications of this statement.
This documentary is the portrait of three brothers: 23-year-old Elliott is a soldier; 20-year-old Marcus a talented poet and Denzell, 14, could well be an up and coming star. These three boys all come from Brown Sub, a run­dwn housing estate near Miami airport. Life in Brown sub is more than just the dark side of the sunshine state, it is the darkest of all ghettos. As far as average citizens are concerned, the place is simply ‘forbidden territory’.
But Brown Sub also happens to be a breeding ground for Afro-American creativity and culture. A rapper himself, Elliott Lovett nevertheless believes his young brother Marcus to be the more talented of the two on the mike. His pronouncement that life for people like the Lovetts is more dangerous on the streets of Miami than it is in Baghdad is tragically confirmed during the making of this film, when Marcus is murdered.
14-year-old Denzell is, if possible, even more talented than his brothers. This film follows his journey from America’s south to New York, where he must submit himself to the cut-and-thrust of the music business.
Well-known musicians such as Steve Rifkin, Swizz Beatz and Fat Joe all appear in George Gittoes’ film. For this reason, this documentary is not just a filmed portrait. It also celebrates American cultural history in the last century, when a multitude of musical styles and many an international trend were born – on the streets of black neighbourhoods.