Panorama 2006
Make a film that opposes one of the richest and most powerful men in Europe and one runs the risk of winding up in court rather than in the cinema. Especially if such a film is about the man who is Italy’s current prime minister.
Spring 2005. A committed young film crew from Genoa plans to make a serious political film about the kidnapping of Silvio Berlusconi. The kidnappers’ goal is to hold a fair and independent trial that will finally pass the judgement that, in real life, Berlusconi has successfully eluded for many years. The film is intended as a clarion call to Italy to wake up and vote their prime minister out of office in April 2006. However, on the first day of filming, it is apparent that this ambitious film team have undertaken too much. The end is nigh and, in order to hastily protect themselves from litigious action on the part of Berlusconi, they decide to make it obvious that their film is a satire by transporting the film’s setting from Italy to Duckburg. Nobody has any idea if this absurd trick will be enough to prevent the film from being banned. But it’s bound to make Silvio Berlusconi see red – that’s for sure…
BYE BYE BERLUSCONI! is an outrageously inflated satire. Nevertheless, when it comes to legal details, the film adheres strictly to reality. All the charges brought against the crooked mayor Micky Laus in the film are real accusations. Berlusconi and his closest aides were implicated in numerous criminal cases concerning his proximity to the Mafia, false balance sheets, tax evasion and bribery. Berlusconi was not convicted in a single one of these cases.
Most of these cases are now time-barred. Others have been dropped because the Berlusconi government itself changed certain laws, making them more favourable to him. 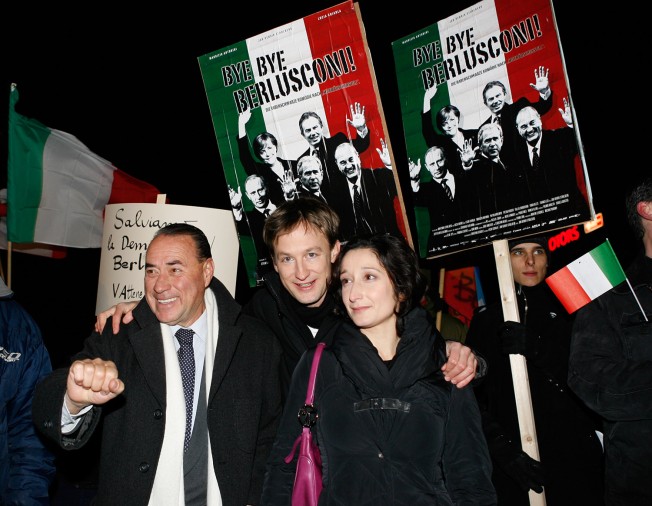 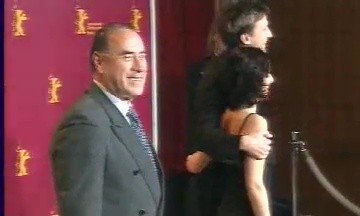