Country Of My Skull

Competition 2004
It is 1995; Langston Whitfield travels to South Africa to report on the Truth and Reconciliation Commission for the Washington Post. It is this commission’s task to bring to light the crimes committed during apartheid. The aim of the hearings is no so much to shed light on these sometimes brutal crimes, however, but to confront perpetrators with their victims. During these hearings, the tormentors of that period – thugs and prison wardens, torturers and rapists, police officers and neighbours – are brought before the men and women who were forced endure almost unimaginable suffering at their hands. Here they stand, eyeball to eyeball, piecing together the horror of apartheid. Regardless of the facts of each crime, these confrontations are all about the discussions between perpetrators and victims, in a bid to try and understand something barely understandable, or that may even be beyond understanding. Whitfield’s assignment to the Cape becomes an experience which calls into question everything he knew before. The admissions he witnesses; the quagmire of crime, delusion, stupidity and brutal vengeance as well as the way victims and perpetrators confront each other, transcends the bounds of the American journalist’s own imagination. During the course of the hearings, Whitfield makes friends with a white South African writer named Anna Malan, who is reporting on the hearings as a radio journalist. Based on Antjie Krog’s novel of the same name, Boorman’s film combines an authentic record of South Africa’s Truth and Reconciliation Commission with a classic love story. 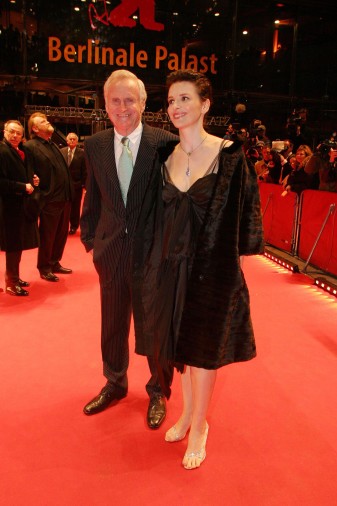 Country Of My Skull