Panorama 2004
Nick is a young graffiti artist or ‘tagger’ living in Seattle. A shy, introverted guy with no friends, he has plenty of time to live out his artistic ambitions. His canvasses are the walls and facades of the monotonous cityscape around him. One day, he meets Jesse, another extremely talented tagger. A friendship develops between the pair which soon evolves into an intensive artistic collaboration. The two young artists combine their diverge styles to create highly-charged, exciting murals. They begin to cover the city with their work and all at once their tags seems to be everywhere.
But the happiness they find in their creative partnership is short-lived. Before long, the aesthetic differences which once brought their art to life lead to a fundamental clash of interests. Jesse moves back to Portland, followed by Nick, who is apparently unperturbed by the fact that a warrant for his arrest awaits him. Nick is in the midst of creating more aerosol art when the local police intercept and lead him away. The stretch in juvenile prison that Nick now faces represents a threat to much more than the means of his artistic expression.
Some of THE GRAFFITI ARTIST was shot in Portland, Oregon. This American state was the first to pass a resolution that graffiti writers must be punished with imprisonment. Other federal states in America have passed similar laws; initiatives along the same lines are currently being discussed in the parliaments of Germany’s Länder. 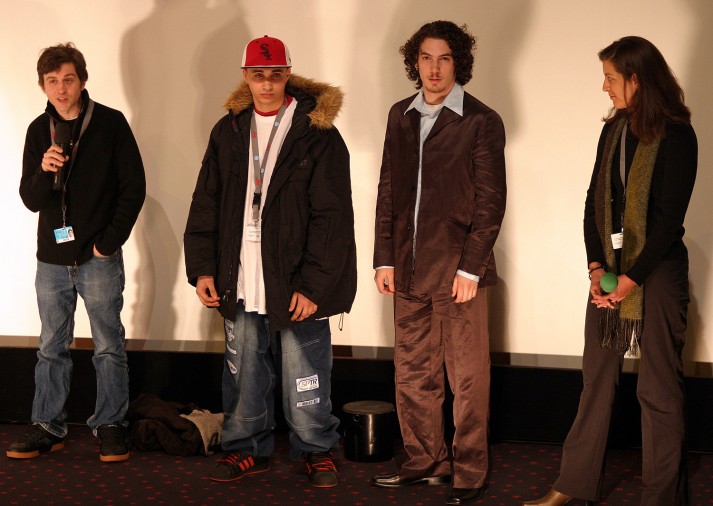