Kinderfilmfest / 14plus 2004
Jargo is about to turn sixteen; he wants nothing more for his birthday than to be able to prove his manhood at last. But first of all he has a whole swathe of problems to contend with in his new environment. Jargo grew up in Saudi Arabia but was sent to Berlin after his father committed suicide. Jargo lives in a vast housing estate where he feels very alienated – in spite of the efforts of Emilia, a girl from his neighbourhood, to make him feel at home. Nevertheless, Jargo’s frankness soon helps him gain the respect of his peers – particularly that of Kamil, a Turk who dabbles in a bit of petty thieving. Jargo is very much in awe of Kamil whom he sees as a real man and totally cool – except when Mona is around. But even Jargo finds himself attracted to this mysterious beauty . . .
In no time at all Jargo and Kamil become firm friends and are soon planning their first job – to steal the Filipino tobacco mafia’s stash of cigarettes.
Preparations for the raid are well under way when Jargo finds himself racked with feelings of guilt: he has gone behind his best mate’s back by sleeping with Mona.
Just before they are about to do the burglary, Kamil hears about Jargo’s betrayal. Madly jealous, Kamil decides to let Jargo walk into a trap. 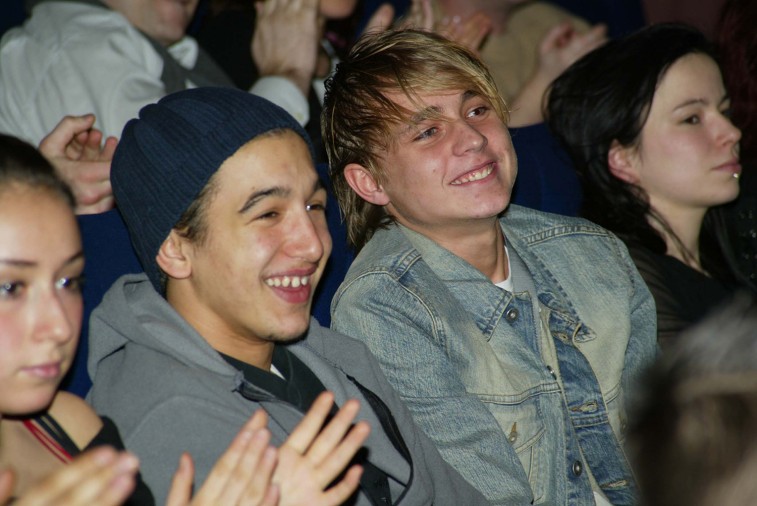